A coredump is a snapshot of a process’s memory that is usually created by the kernel when a crash happens. These can be fairly helpful to find out which part of the code broke by looking at the backtrace or finding any kind of corruption by introspecting the memory itself. Unfortunately it can be a bit tedious to work with these. This article aims to give an overview over helpful tools & tricks to leverage the full power of coredumps on Nix-based systems.

On traditional Linux-systems the kernel has to be configured manually in order to take care of coredumps. This is not only an additional maintenance burden, but also lacks a proper integration with other components such as the logging facility.

Instead it’s usually a better option on systemd-based systems to use their small utility coredumpctl(1). On NixOS, which has a fairly strong integration with systemd, it’s enabled by default. On e.g. Ubuntu it can be obtained by installing the systemd-coredump-package:

To demonstrate what happens with this package installed, the behavior of systemd is shown after executing the following C program which results in an (intentional) segfault:

In order to find out what really went wrong, a popular tool for these kind of investigations is GNU’s gdb(1). With bt (for backtrace) it’s possible to look at the callstack that lead to the crash. Additionally, it can be used to search through the address space of the process. It’s directly integrated with coredumpctl and can be used like this:

In some cases, gdb(1) can tell which variables are affected from which file, in which line, which function etc.. For such a navigation through the machine code and memory, so-called debugging symbols are required. These debugging symbols can be included by compiling with gcc -g. Unfortunately, that’s usually not the case for e.g. proprietary software or prebuilt binaries in general.

However it’s always possible to look at the raw machine code (Intel x86 in this case) with gdb(1) by using the x command to eXamine the memory and code of the crashed process since all of this information is a part of the coredump. With /5i we we obtain a disassembly of the next 5 machine instructions starting from where the program crashed:

This shows us where the error is, we’re trying to assign 1 to a pointer which points to the (unreachable) memory address 0x0. This can be confirmed by looking at what the %rax register points to:

For a full overview of memory debugging with gdb(1) I’d recommend looking at the following summary hosted at sourceware.org.

Even though this approach can be very powerful, it can easily become fairly time-consuming rather quickly. The x86 instruction set is not only a so-called CISC-architecture (and thus it’s very hard to know precisely what all operations are used for), understanding the memory layout of a complex program can take quite some time.

Therefore it’s preferable to use debugging symbols which help gdb to tell which part of a program has caused the crash.

The downside of this is that the size of binaries increases significantly with debugging symbols included. In nixpkgs, multiple-output derivations are utilized to properly solve this issue: by default, a build using stdenv.mkDerivation gets all debugging symbols removed during the fixupPhase using strip(1).

There are two ways to retain debugging symbols:

By enabling environment.enableDebugInfo = true; in your NixOS configuration, these debug-outputs will be installed to your system for each package that has such an output.

Note: in order to be sure that coredumpctl actually takes this into account when streaming a coredump to gdb(1), you have to run

as this makes sure that your environment (with $NIX_DEBUG_INFO_DIRS) is used by gdb.

In case of the bogus C code from the first paragraph, you’d now get an even better hint of what went wrong when opening gdb and having debug symbols available:

This also saves us some tedious decompilation and memory inspection work.

This is of course just a small example, but it sheds a light on what debugging symbols are good for and that debugging information can be separated into their own output in order to reduce runtime closure size.

These tools and approaches can be fairly helpful to investigate what went wrong when a single process crashed. But sometimes it can be helpful to know how often something breaks or even when: if you have a large deployment there’s a certain chance that some crashes that are worth looking into don’t get noticed. This is especially the case if the program only crashes under certain circumstances and gets automatically restarted by systemd thanks to e.g. Restart=always.

One popular tool to gather this kind of statistics is called Prometheus. Prometheus works by pulling statistics from different exporters from different machines and serves as central facility where you can introspect these statistics, write custom queries and define alerts for abnormal values.

Since I haven’t found any tool so far that provides metrics for this, I decided to write my own prometheus exporter for coredumps. It’s available at gitlab.com/Ma27/coredump-exporter.

The service can be configured as follows in a NixOS config:

Note: please keep in mind that you have to obtain the module from the repository itself since this is not a part of nixpkgs (yet).

This exporter provides the following metrics:

Of course, it may be helpful to only look for how often something has segfaulted or how often a program coredumps (without caring about which signal was sent for instance). This can be done by using Prometheus’s query language. The following snippet shows a query to return the amount of crashed nix-processes that aborted with SIGABRT: 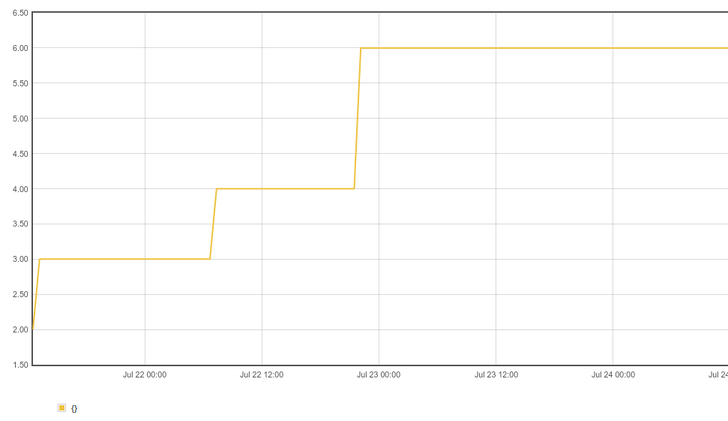 Thoughts for the future

After learning about all of these tricks, I actually started to consider coredumps a helpful asset to debug issues. Unfortunately, the debugging symbols aren’t available in many packages in nixpkgs due to concerns about disk space (see also nixpkgs#18530).

Because of that, only the most critical packages in nixpkgs are using separateDebugInfo = true;, e.g. glibc or openssl.

A simple workaround for this is a custom overlay which enables debugging-symbols for packages where this is needed:

Please keep in mind that you’ll have to recompile every package that is referenced in such an overlay! Also, this means that a lot of packages are effectively duplicated in a binary cache which builds nixpkgs with an overlay as shown above just to get debug outputs for certain packages.

In a bright future with Nix supporting CAS one may be able to build the package with all outputs, but only the debug output must be copied to the binary cache because all the other outputs have the same content as the non-debug packages built on hydra.nixos.org.

However this is all based on the assumption that separateDebugInfo doesn’t affect $out and similar paths in any way. Perhaps it will be necessary to invest more reproducible-builds efforts into this.

Do you have a question about Nix?

Just ask us! We would love to talk to you!

Check out our crew

Template by Bootstrapious. Photos by Unsplash.